I love to fantasise about what I’d do with a Lotto win, and to hear what other people fantasise they’d do with one.

Of course the chances of actually winning the lotto are extremely remote, but that doesn’t stop people fantasising about what they’d do if by chance they happened to win.

In my case the chances of winning the lotto are actually non-existent, because I don’t even buy lotto tickets.

Yet I still fantasise about what I’d do if I won the lotto.

And yes, I am a bit of a space cadet.

Anyway, if I won the lotto the first thing I’d do would be to resign from my job.

The next thing I’d do is take a holiday somewhere peaceful and luxurious overseas.  It would probably involve a pile of good books and a stack of chocolate.  It wouldn’t involve a lot of people, a lot of activity or a lot of anything else.  It would just involve a nice king size bed and lots of rest.

It would also involve plenty of period dramas.  By plenty of period dramas I don’t mean that landing a large lump sum of money would somehow cause me to menstruate continuously and engage in regular over-sensitive and teary episodes.  Believe me, I’d rather not menstruate at all, period (pardon the pun).  Anyway by plenty of period dramas I mean heaps of good quality historical dramas where the female heroine gets to float around in beautifully made dresses with expansive skirts, and every bloke in the vicinity thinks they’re the hottest sex kitten that ever walked the earth.  I’m not sure why I love period dramas so much, but it’s probably something to do with the fact that I would love it if I was in their shoes.

The fact that even winning the lotto wouldn’t change my desire for heaps of rest is symptomatic of the state of my life at the moment.  For various reasons, mostly because I’ve chosen to make my life chaotically busy, the one thing I’d love the most in the world is rest.

You’d think if someone won the lotto they’d be able to come up with something a bit more exciting and a bit sexier than that.

I suppose I am boring, because the next thing I’d do is clear my mortgage.

This is principally because I love my freedom.  We all know that all banks treat us like the most revolting kind of clinical waste, so for me the less I have to do with them the better.

I’d also dump a lump sum into superannuation, just because I’m one of those people that likes to know I have plenty of money to spend when I’m old, sick and actually in need of very little money because I’m incapable of doing anything.

I’d also buy a beautiful property somewhere with cold hard cash.  That way I’d know I’d always have a beautiful sanctuary to go to, no matter what happened in my life.

Like most people I’d like to be able to use the lotto win to make a difference to the people I love and the charities I believe in.  However I wouldn’t tell anyone about the win, except people I knew were capable of keeping it strictly confidential.

This is because I’d prefer people treat me as me, rather than as someone who may or may not have landed a windfall.

I’d also make sure well before I did anything that I kept enough of the win to keep myself for the rest of my days.  Because let’s face it, you don’t win the lotto to end up in a position where you ever have to buy a lottery ticket again.

What would you do if you won the lotto?

The awesome photos used in this article were taken from the amazing
website pixabay.com. 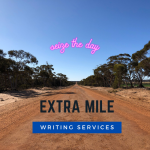