If there was a bloke around that I thought was even remotely attractive when I was younger I’d always be red faced and mute. 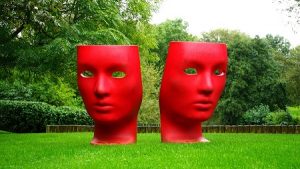 I preferred talking to my friends, who I knew I could rely upon.  I was already having a great time with them anyway. 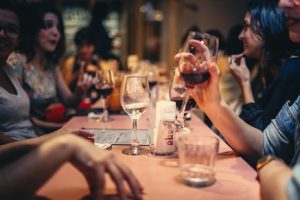 At the time I suppose I also didn’t have the confidence to march up to someone I thought was attractive and flirt with them.

I do have the guts to do it now, but I still wouldn’t.

This is because after a few minutes of conversation with a bloke, I often discover that he is arrogant, full of it, uninteresting, or worse still, an absolute bore.  So I’ve decided that there is no point flirting with someone if I am going to want to urgently retract it a few minutes later. 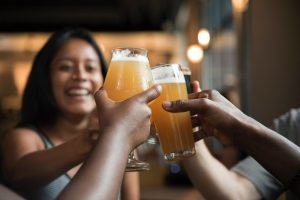 Usually I find that a conversation has to happen first, and if it turns out that the bloke is a decent person with interesting things to say, I’m happy to flirt later on.

Not only do I think that flirting happens a little further down the track than some people do, I also think that the myriad of articles and books that offer advice on flirting are completely unnecessary.

Flirting comes naturally to all of us.

It is simply engaging with someone in a way that indicates that you are interested in them and would like to see more of them (in more ways than one).

It is usually characterised by putting your best self forward, which is of course significantly helped by unexpectedly finding yourself being possibly seen as attractive by someone you think is drop dead gorgeous.  Plenty of sparkling eyes, smiles and enjoyable conversation are shared.

No wonder people enjoy the experience.

There is no one on this planet that needs to learn how to do the above, and most of the flirting advice I have seen online teeters on the ridiculous.

Some of the startling flirting tips I’ve come across include the following: 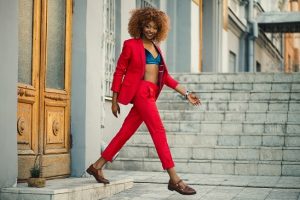 Other online articles suggest that you wink at someone in order to flirt with them.  In my opinion winking might have been a successful flirtation strategy two hundred years ago but it is not now.  If someone I previously thought was absolutely gorgeous winked at me I would think him rather presumptuous, and sleazy on top of it.  I would never even attempt it personally, not only because I don’t like being winked at myself, but because I’m also the sort of person who finds that when I try to wink both my eyes close so I end up looking really weird or as if I am suffering from Tourette’s. 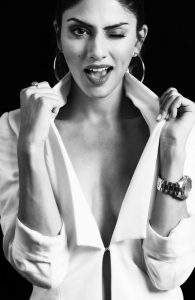 Another suggestion frequently mentioned is to gently touch the hottie at some point in the evening.  Personally I hate uninvited touching.  If a bloke uses any opportunity that presents itself (like having to go to the bar) to gently touch my arm, I find him sleazy.  Don’t get me wrong, I don’t mind plenty of touching if things go well and we end up getting intimate, but there is plenty of time for all that.  I don’t think there is any point in rushing in to touch someone when you have only just met and you still don’t even know if you’ll end up hoping that you’ll never see them again or decide that you want to marry them and have their babies.  Besides it is always safer to assume that not everyone likes a lot of physical contact from people they don’t know well yet, because some people absolutely don’t.

On a positive note, there is one suggestion that I really think should be included in online articles on flirting that is always missed.

It is something that has always raised my level of interest in someone exponentially.

It is simple, easy and nothing to do with anyone’s appearance.

It is a sense of humour.

A sense of humour is one of the most wonderful and attractive qualities that any human being can offer.  I love blokes that have a sense of humour and it really does markedly ramp up their attractiveness.  Humour also lightens the conversation and keeps both people enjoying themselves, which is always a good thing.

The moral of the story is just enjoy yourself and don’t waste your time worrying about what you are or aren’t doing. 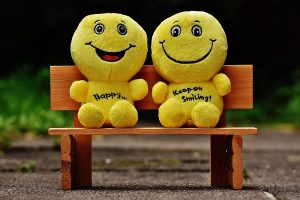 All of the amazing photos included in this essay are taken from the awesome website pexels.com.