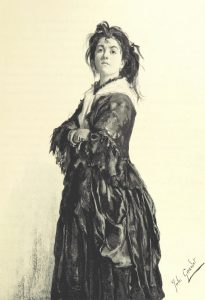 Jane Austen’s female characters had to be strong and assertive in order to survive life in an English society that gave women few rights and excluded them from the economic, legal and political domains.  They had to be perceptive, intelligent and eminently capable of asserting and defending themselves as necessary.  I also love the way Jane Austen’s female characters so beautifully utilised their own personal power in navigating such a difficult life, because they demonstrated that even when individual power is all one has, it is still a force to be reckoned with.

The woman in the image above is a good example, and by the looks of her hair she’s may have also recently had a rather enjoyable roll in the hay.  It could’ve been a wild ride in an open carriage, but good on her if it was the first.

Austen also beautifully illustrated the importance of personal power by often including a sickly yet rich female character in her novels.  This pale snivelling character had absolutely no power and no strength of spirit.  As a result this character secured herself a lifetime of nothingness. 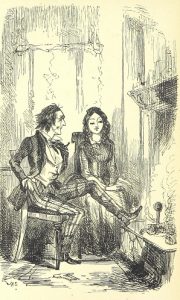 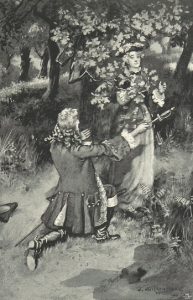 The images above are courtesy of the British Library’s amazing commons collection on Flickr.

The level at which men doted on their women in Jane Austen’s day is quite incredible.  Perhaps the fact that the casual shag wasn’t an option for either men or women sharpened the male focus toward a suitable permanent female for shagging/procreating/whatever else.  Perhaps this is why Jane Austen’s male characters seemed almost feverish with desire.  Thank God wanking was never outlawed.  Even if it was I’m sure they would have still done it in private, so at least they had some sort of an outlet for their pent up sexual frustration.  I think both men and women love the idea of someone being powerfully and passionately in love with them, so little wonder that women love reading Jane Austen’s books.

However as can be seen in the images above, this doting did have a down side.  Sometimes a woman was just not at all interested and had to work out how to diplomatically yet assertively quash the attentions of an overly zealous gentleman.  Especially one with a full curly mullet and a propensity to regularly drop to his knees in front of you.

The men were both gentlemanly and sexy, despite the fact they had to wear those horrible tight jodhpur style pants. 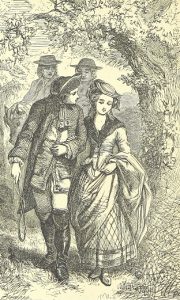 The gentleman in the above image is an excellent example, sporting a stout pair of strong shoulders and strong arms in which to hold his female beau.  He is even devotedly listening to her as they stroll through the woods, which is of course something he’ll be doing rather a lot of if the relationship becomes a marriage.  The f*#%^ me boots also look good on him, though these days of course they are more often seen on women.

The image above doesn’t really demonstrate the jodhpur style trousers that men wore in Jane Austen’s day well at all.  But you know the ones I mean.  They were always a relatively fitted item that were pale in colour and usually worn with a pair of boots.  Now I personally don’t have anything against jodhpurs, and I understand that this style of trouser was probably worn because men got around via horseback in those days.  However the problem was that one’s family jewels were afforded very little protection, and once coats were removed indoors, they were effectively displayed to one and all.  I would not have enjoyed wearing them one little bit if I had been a man living in Jane Austen’s time.

The novels are set in historic homes within the picturesque English countryside. 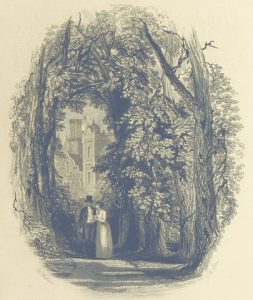 The countryside in England is absolutely beautiful, and all the houses also had a large expanse of garden and lawn surrounding them.  These areas were of course absolutely essential because the female heroines had to be able to take a turn around the park looking drop dead gorgeous.  Personally I just love wonderful heritage homes decked out with four poster beds and crackling fire places.  Position them within a beautiful natural setting and I’m happy even before the story starts.

Nothing productive was done whatsoever. 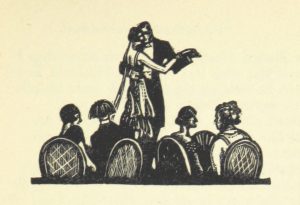 There is something deliciously irresistible about a life where people don’t need to do anything as dreary and mundane as work.  The life of the English heroines in Jane Austen’s novels was filled with dances, balls, long walks, taking tea, attending church, writing letters, travel, hosting visitors, reading, embroidery and playing a bit of piano all while some ravishing bloke or other continuously demonstrated his passionate and undying love for you.  I don’t know about you but when I’m reading a book or watching a movie, I love not seeing people having to bother about work.

The heroines got to float around wearing beautiful dresses and looked gorgeous all the time. 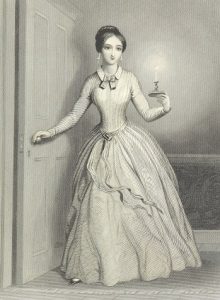 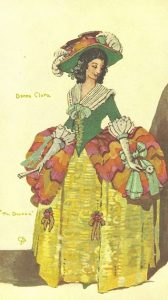 The images above are courtesy of the British Library’s amazing commons collection on Flickr.

Personally I’d love to look jaw-droppingly beautiful all the time like the lady in the first image above does.  However in my defence English ladies in Jane Austen’s time probably had a bit more time to spend on making themselves beautiful than I do because they didn’t actually have to go off to work.  This was probably a good thing for them though as there always seemed to be the chance that an extremely hot Mr Darcy might call, with no one pre-arranging anything by phone at the time.

The lady in the second image above also looks stunning, however the large multi-coloured muffs complete with a central bow that are attached to each side of her dress are definitely taking things a bit far.  In fact they make her outfit look more like battle armoury than anything else, and I’m sure caused her considerable difficulty in entering the ball.