We are all idiots at something.

I have embarrassingly limited mechanical knowledge and skills.  I also have absolutely no excuse for my terribly limited mechanical aptitude because I spent all of my childhood on a sheep station.  Somehow my brain was off somewhere else when it should have been absorbing useful mechanical skills like a sponge, as everyone else’s brain was.

Anyway, as a result of my childhood being apparently spent in some sort of vacant trance, I am always amazed by mechanical solutions to problems.

For example, the window wipers on my car developed a horrible screeching noise as they moved back and forth across the windscreen.  Not only that, but the rubbers were not content with sitting in the blade, and whenever I turned them on they would edge their way further and further out of the metal casing.  Then I would watch distraught as the two wipers became entangled with each other, before one of them would stop dead and refuse to move altogether.  Of course the wiper that stopped working altogether was always the wiper on the driver’s side of the window.  While I understood its exhaustion following the rather vigorous interlude with the other wiper, none of this made it very easy to see through the windscreen in the rain. 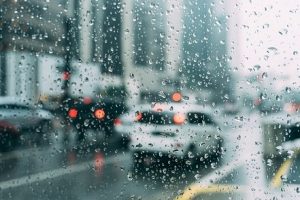 When my mechanic simply inserted new rubber blades and tightened the screw attachment that joined the window wipers to my car, thereby fixing both problems instantaneously, I was totally ecstatic.  The blades now glided gracefully across the windscreen in the rain, always in step yet always a professional distance apart.  My weary mechanic however looked at me as if he thought I might have a serious drug problem when I expressed my unrestrained delight at the fixing of the wipers.

Another example comes from a friend of mine who has amazing knowledge across a broad range of different skill sets.  When he first started emailing however, he thought that because an email address appears as:  joe.bloggs@email.com on screen, he had to underline the whole email address after he typed it in.  Of course I was wickedly delighted to see him diligently underlining away, before I told him that he didn’t need to bother. 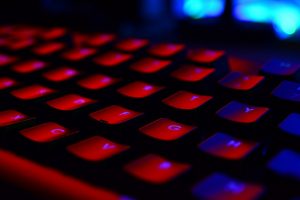 Yet a further example comes from a close friend of mine who had always dined in at café’s or restaurants.  One cold day we decided to sit in my car in the carpark right on the Swan Valley foreshore, and I picked up takeaway coffees for both of us from a nearby café.  The coffees actually tasted like coffee, which is always an excellent start.  I’m not sure if it was the cold weather, but both of us really enjoyed our coffees nested within their little houses, finish off with their snug little sip through hats.  My close friend was immeasurably delighted with the cups, and couldn’t get over how they were both extremely light weight and easy to drink out of.  She was so impressed with the cups that she asked if we had to take the cups back after we’d finished, a question I found both refreshing and adorable.  She also of course had a good point, in questioning why we were dumping coffee cups that we had only used once into the rubbish bin. 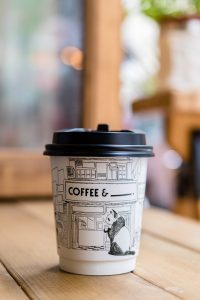 Occasionally we are all a bit of a nong.  Sometimes though we are also just seeing something for how strange, amazing or wonderful it is, rather than seeing something as routine and uninteresting due to many years of exposure to it.

All of the amazing photos included in this essay are taken from the awesome website pexels.com.